In Svilengrad is the first sidewalk made entirely of recycled tiles. 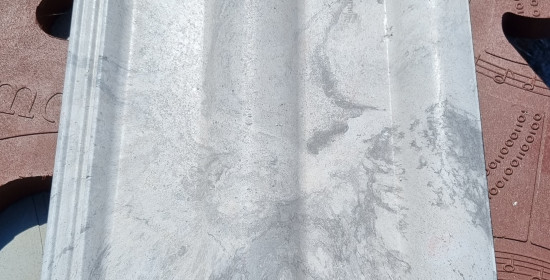 Get out of the stone age!

Since the dawn of time, stone has been used from a basic building material, to a super-luxury cladding. Marble, travertine and other stones are a symbol of luxury. Their natural beauty and the difficulty with which they are processed make it a particularly expensive and sought-after raw material. Today, technology allows us to achieve this beauty, at a very affordable price. Unlike natural stone, which requires annual maintenance and treatment with various types of impregnants, glass-polymer tiles do not need care. With it you can impress your guests by decorating the roof of the barbecue, the fountain or the well. And most importantly, it is made from waste that would have been landfilled. 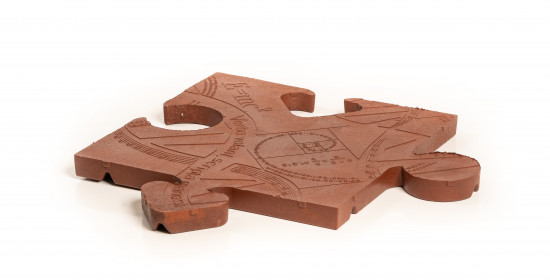 What is our sentia tile

Because technology allows us complete freedom of imagination, without limitation in form and detail, we created Sentia. It is shaped like a puzzle to lock the elements together, making the compounds stable, similar to the chemical bonds in a molecule. The difference in the locking elements eliminates the possibility of a stacking error. So they can only be arranged correctly. The wide board creates enough contact surface between the tiles and the cavity at the bottom allows the sand base to 'block' them. In order not to slip when walking, we made a grab bar on 3 vertical levels. It depicts a DNA helix that forms when you join several elements together and continues to infinity, just like its evolution. What is life without art and music? In the spiral is a passage from Beethoven's 4th symphony. Next to it you will see another spiral - Leonardo's Fibonacci spiral, together with the mathematical formula of the golden ratio. The spiral of the shell of snails, rapans, cones, cyclones, even our galaxy - the Milky Way - are subject to it. It is represented by a binary code of 0s and 1s—the fundamental machine language through which computers communicate. Naturally, we can't help but add Einstein, who changed our views on the world around us. Because our tile is created entirely from slow-degrading waste, plastic bags, discarded glass and other hard-to-degrade materials. It claims to be eternal. The Latin saying 'words fly away, what is written remains' perfectly complement the message of the distant future and probably other civilizations like the rock paintings today. Who knows? That's why we called her Sentia, translated from Latin - Science

Another customer guided by reason

Another roof made of our ecological tiles has been built. The client prefers the classic tile red color and the roof is no different from the regular one. But we know that it is more durable, lighter and most importantly - less buried waste. Because our tiles are completely made from recycled waste! 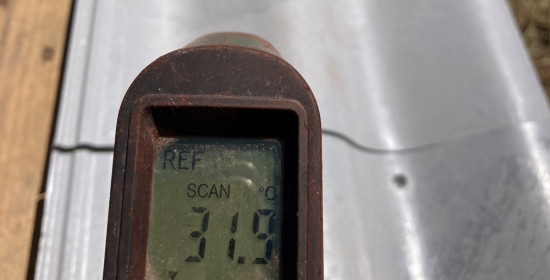 What do polar ice caps and our white roof tiles have in common? We all know that polar ice caps are particularly important to our planet. Besides being the largest reservoir of fresh water on earth, they perform a very important function. Because they are white in color, they reflect the sun's energy back into space while the dark earth's surface absorbs it. Thus, they are the largest reflectors on the earth's surface, maintaining the balance of the planet earth's climate. Their melting leads to a reduction in their size, and hence in the reflective surface. Thus, the energy that remains on the ground increases, which in turn leads to an increase in average temperatures, which in turn accelerates the melting of the glaciers themselves. This process is constantly accelerating, or in other words, the more they decrease, the faster they will melt. Inspired by nature, we created white tiles from waste materials. Thus, they reflect solar radiation and heat up much less. And today, 11.07.22. we did an experiment. Considering that compared to the previous days, today is cooler and there is a moderate wind, we left a classic red tile and a white tile in direct sunlight. Right at noon, we measured the temperature on both surfaces. The white reported 31.9 and the classic red – 40.4 degrees Celsius. The white tile has values ​​close to the air temperature, which during the test was 26 degrees. Wind helps transfer energy. In other words, in windless weather, the difference between the two tiles will be greater, but the ecological effect is preserved. Just imagine how much cooler it is under a white roof, how much we would save on air conditioning, and how big the environmental effect would be if all roofs were like that? 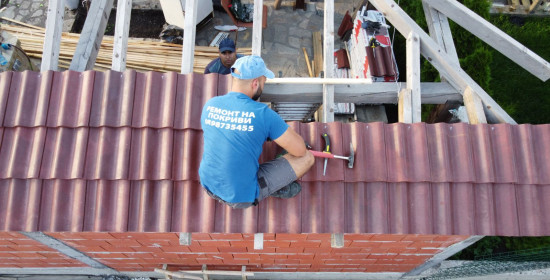 The first green roofs made of eco tiles

When we say green roofs, we do not mean the color, but their origin. Similar to our paving tiles, roof tiles are made from 99% waste products - plastics and glass. Besides being environmentally friendly, our roof tiles have many advantages over their standard competitors. We will tell you about them later.

One step ahead in recycling

The first pieces of the new pavement tile are ready. It is made entirely from waste materials - a mixture of plastics and glass. 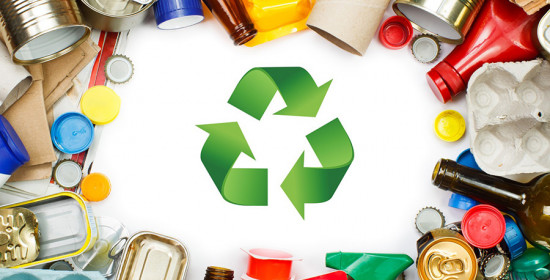